Our Higher Certificate in Theology consists of 9 modules offered over two stages. The course begins with the short, free of charge 'Learning to Learn' module introducing students to distance learning then each stage comprises four modules spread over two 15 week semesters, two modules per semester. Alternatively, students may study one module per semester; but it will take twice as long to complete the full course. (Level 6, NFQ, 120 ECTS credits)
The Higher Certificate in theology requires successful completion of all of the following modules.

These are the modules available in each semester. Click each module title to view its details.

The Scripture module begins with Genesis chapters 1-11 and shows how this text is seminal to all subsequent pages of the Bible. The student is introduced to the five books of the Pentateuch and to the early history of the Jewish people. The unique place of prophecy in the Hebrew Scriptures is examined. The four gospels, together with the letters of St John and St Paul, form the main focus of the New Testament study. The final part of this module analyses the critical tools developed by scripture scholars to interpret biblical texts. The methods outlined here are essential prerequisites for the deeper study of the Bible undertaken in later modules.

This module examines the need for theologians to study the great philosophers, not least because these philosophers have exercised an indelible influence on the development of theology. But it also outlines the questions being asked by philosophers independently of theologians. The module looks back to the philosophy of ancient Greece, and to the great figures of Socrates, Plato and Aristotle. It then explores the era of greatest integration between philosophy and theology  "the Middle Ages" when theologians such as Augustine and Aquinas successfully integrated the Scriptures with philosophy. The central theme of metaphysics, "the mind's attempt to grapple with everyday reality" is examined.

The Gospel of Mark

Mark is the oldest gospel, a fact which is remarkable considering its fresh and direct style. After a detailed study of the gospel's origins, author and social context, the module presents the unfolding drama of the disciples' relationship with Jesus, leading, as it does, to their dramatic collapse of faith. This is the sustaining theme of Mark's gospel. After this collapse, hope could only be found in Galilee. The textual analysis is supplemented by several critical studies which represent the main thrust of contemporary scholarship on Mark's gospel. They show why this particular gospel is enjoying a resurgence of interest in recent times.

Epistemology (the theory of knowledge) was transformed by Descartes into the basis of all modern philosophical thinking, and Kant proposed the concept of duty as the fundamental moral source. The claims of knowledge, scepticism and relativism are all addressed here. The twentieth century is represented by Wittgenstein and Heidegger, two giants who typify modern philosophy, the analytical and the continental traditions. The module concludes with five detailed philosophical responses to what is arguably the greatest challenge of all: "What is the meaning of life?".

Jesus made people think! And Christianity from its earliest days has honoured the human capacity for reflection. Whenever human enquiry touches on the big issues of life  'its origin and destiny' and relates these issues to the question of God, then the world which opens up is the world of theology. This module traces how the Judeo-Christian tradition reveals a God who is unique, personal and involved in human affairs. The module highlights the work of many contemporary theologians whose work has been profoundly shaped by the social context in which they live. The module also treats of moral theology and the Church, and shows how a questioning mind is a key element in the journey of faith.

Spirituality and the Moral Life

This module focuses on the spiritual awakening occurring inside and outside mainstream religions, challenging established traditions. The module then discusses what is specific to Christian spirituality, and traces its roots back to the Hebrew Scriptures which speak of the passionate engagement of God in human affairs. It outlines the response to God made visible in Jesus. The module traces the various schools of spirituality that are characteristic of different times and places, and introduces students to classical texts from the Desert Fathers down to the twentieth century. The module also explores fundamental moral theology and what it means to reach our full human potential.

The concepts of creation, grace, sin, virtuous living and eschatology are explored by this module in a manner which reveals how this approach is shared between Christianity and the science of anthropology. The module then gives an ecological response to the creation accounts in Genesis. The concept of Original Sin and its impact on human flourishing is examined in detail, leading to a study of grace as articulated by Paul, Augustine, Thomas Aquinas and Martin Luther, followed by contemporary approaches to what it means to live virtuously in a complex world. The Christian belief in life after death is explored, living well so that we may die well.

The God of Christian Faith

God is One and Three (Trinity); God is the source of all created reality (Creator); and God has become human (Christ). This module addresses each of these aspects of God. The module then outlines how God can be understood as both transcendent and immanent. The Creator is outside of creation, but is involved with creation in a manner that rejects pantheism, modalism and dualism. Since God is the ultimate point of reference for meaning in life, this impacts on the relationship between human beings and the wider world. The trinitarian teaching of the Eastern Orthodox churches has a special place in this module. 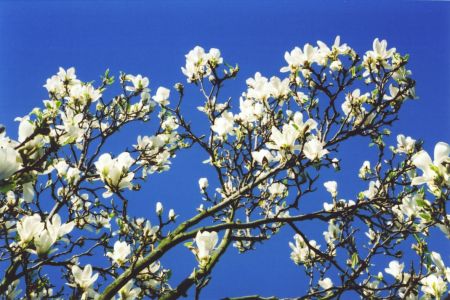 Dec 20, 2022
On 3 December the Priory Institute was delighted to host the Presentation of Academic Awards for 2022 and 2021 Read more.