Students can commence the Diploma in Scripture course only in the spring semester of each year. The course begins with the short, free of charge 'Learning to Learn' module introducing students to distance learning then successful completion of the modules below qualifies a student for the level 7 Diploma in Scripture.

These modules are offered every year, two per semester. While each module covers a 15-week span, a person may decide to study two modules together to achieve the diploma in one year. However, a student may also decide to study one module at a time, thus making the diploma achievable in two years. (Level 7, NFQ; 60 ECTS credits)

These are the modules available in each semester. Click each module title to view its details.

The Scripture module begins with Genesis chapters 1-11 and shows how this text is seminal to all subsequent pages of the Bible. The student is introduced to the five books of the Pentateuch and to the early history of the Jewish people. The unique place of prophecy in the Hebrew Scriptures is examined. The four gospels, together with the letters of St John and St Paul, form the main focus of the New Testament study. The final part of this module analyses the critical tools developed by scripture scholars to interpret biblical texts. The methods outlined here are essential prerequisites for the deeper study of the Bible undertaken in later modules.

The Gospel of Mark

Mark is the oldest gospel, a fact which is remarkable considering its fresh and direct style. After a detailed study of the gospel's origins, author and social context, the module presents the unfolding drama of the disciples' relationship with Jesus, leading, as it does, to their dramatic collapse of faith. This is the sustaining theme of Mark's gospel. After this collapse, hope could only be found in Galilee. The textual analysis is supplemented by several critical studies which represent the main thrust of contemporary scholarship on Mark's gospel. They show why this particular gospel is enjoying a resurgence of interest in recent times.

This module studies the Psalms within their Jewish cultural context and demonstrates their formative role in Jewish spirituality and their place in the emergent Hebrew Bible. This is followed by an analysis of the psalms as quoted in the New Testament, especially as used by Jesus or of Jesus in the early Church. The module then discusses how the Psalms are experienced in prayer, and faces up to issues such as the violence and vindictiveness expressed in some Psalms. Prophecy is one of the identifying features of the Hebrew scriptures. The module studies the books of Amos and Hosea, but concentrates centrally on the best-known prophetic text of all 'Isaiah' beginning with its structure and historical background, delving into the deeper theological issues contained in this fascinating text.

Paul of Tarsus was a contemporary of Jesus ... but the two never met. It was Paul's experience of the risen Christ that turned Saul into Paul, a major turning point in the emergence of the early Church. St Paul became the apostle of the resurrection, and his writings were influential in many Christian communities in the ancient world, especially the communities of the Mediterranean. The Module explores the cultural context of the Pauline mission, and outlines the exegetical methods used in probing his texts, especially the rhetorical structure of the letters. All seven undisputed letters are examined: 1 Thessalonians, Galatians, Philemon, Philippians, 1 and 2 Corinthians and Romans. The significance of the Pauline letters for contemporary theological debate is emphasised. 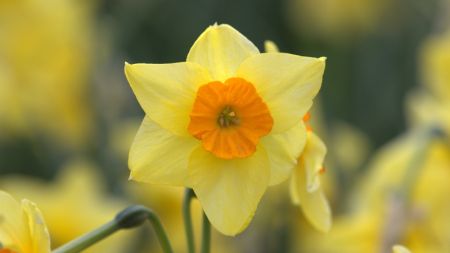 Prospective students will have an opportunity to meet with teaching staff and students online and to attend a lecture on theology. Read more